Creating curated playlists for various moods, settings, or genres has always been one of my favorite creative outlets; beginning to design the visual compliment to my favorites was the natural next step. As a huge fan of music and the arts, there are few things more exciting than a project whose music and accompanying visual art direction compliment and strengthen each other to create a beautiful final product; this is my way of replicating that excitement for myself. The process of curating songs and creating a cover to represent them is a conversation between musical and visual art which requires a style of creative thinking unique from that used in traditional design projects. This practice is an opportunity explore and experiment with my own artistic tastes and influences and make connections within them that I may not have seen otherwise. Additionally, I have used this ongoing project to develop my personal art style as I am able to make design decisions and risks unrestricted. I started this project simply because I thought it would be enjoyable, but in practice it has proven to be a fantastic creative outlet from which I have expanded my music taste and knowledge and grown as a visual artist and designer.

Indie pop songs with hint of psychedelic rock influence which thrive in hot summer afternoons. When curating the songs, I was looking for a high-fidelity deep production style, similar to that of Tame Impala's latest record, "The Slow Rush," or Sam Cohen on his personal projects and outside production work.

The background of gradient heavy abstract shapes was inspired by designers specializing in abstract posters and other media in the music industry such as Aaron Lowell Denton (@aaronlowell) and Robbie Simon (@brojazz). The overall composition was initially inspired by the art direction of Pitchfork Music Festival 2020 which features solid black type set over a background made up of similarly colored gradient shapes.

I used the foreground to experiment with with various illustration styles and type treatments. My final result is a strange blend of genre and motifs that each hold their own independently, yet mesh together strangely well to create a final product that I am excited about. 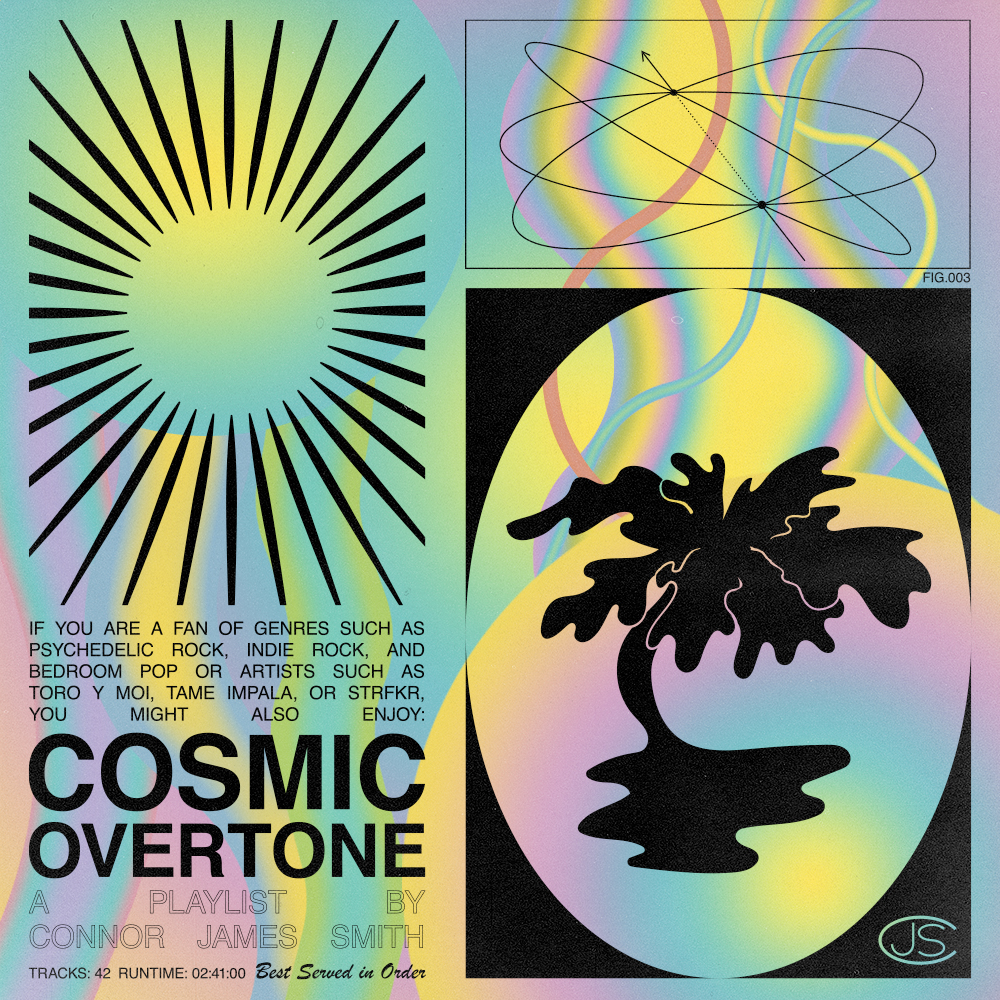 Alt-Country and Folk tunes made for the quieter hours of the day. These tracks are mostly alternative and indie folk that play with country and Western motifs, and played together provide a pleasant, yet melancholy mood.

The main inspiration source for the artwork was painter/designer/musician Andrew Savage's loose and fluid illustration style which prominently features abstract, wavy, emotive shapes. The Photoshop treatment of the cowboy up front is reminiscent of the DIY style seen on punk show flyers of the 80's. The more subtle approach to this cover is reflective of the music it represents; mellow but with depth to be found for a close observer.
‍ 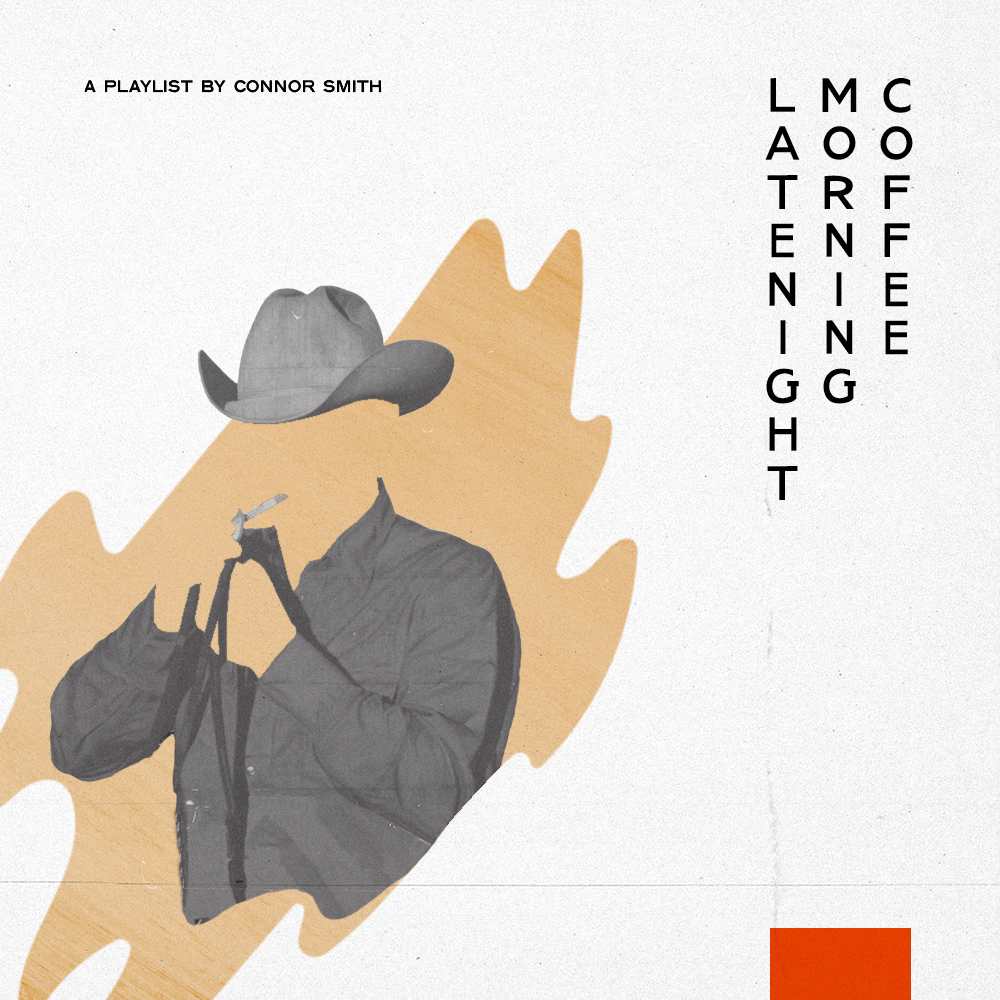 A fun mix of psych, folk, jazz, and indie rock with the setting of, "sunset in the high desert" guiding the curation. Just a nice set of songs to play by the campfire or on a drive on the I-15 into the night.

The design came to be from my desire to play around with the typeface, Eckmannpsych which I really love but can only be successfully used in very specific settings. Eckmannpsych's characters are so unique that they are borderline illustrative in isolation, so I played into that strength by making them do the heavy lifting of the composition. The skulls are repurposed from a past personal project and are effective in tying together the whole piece. 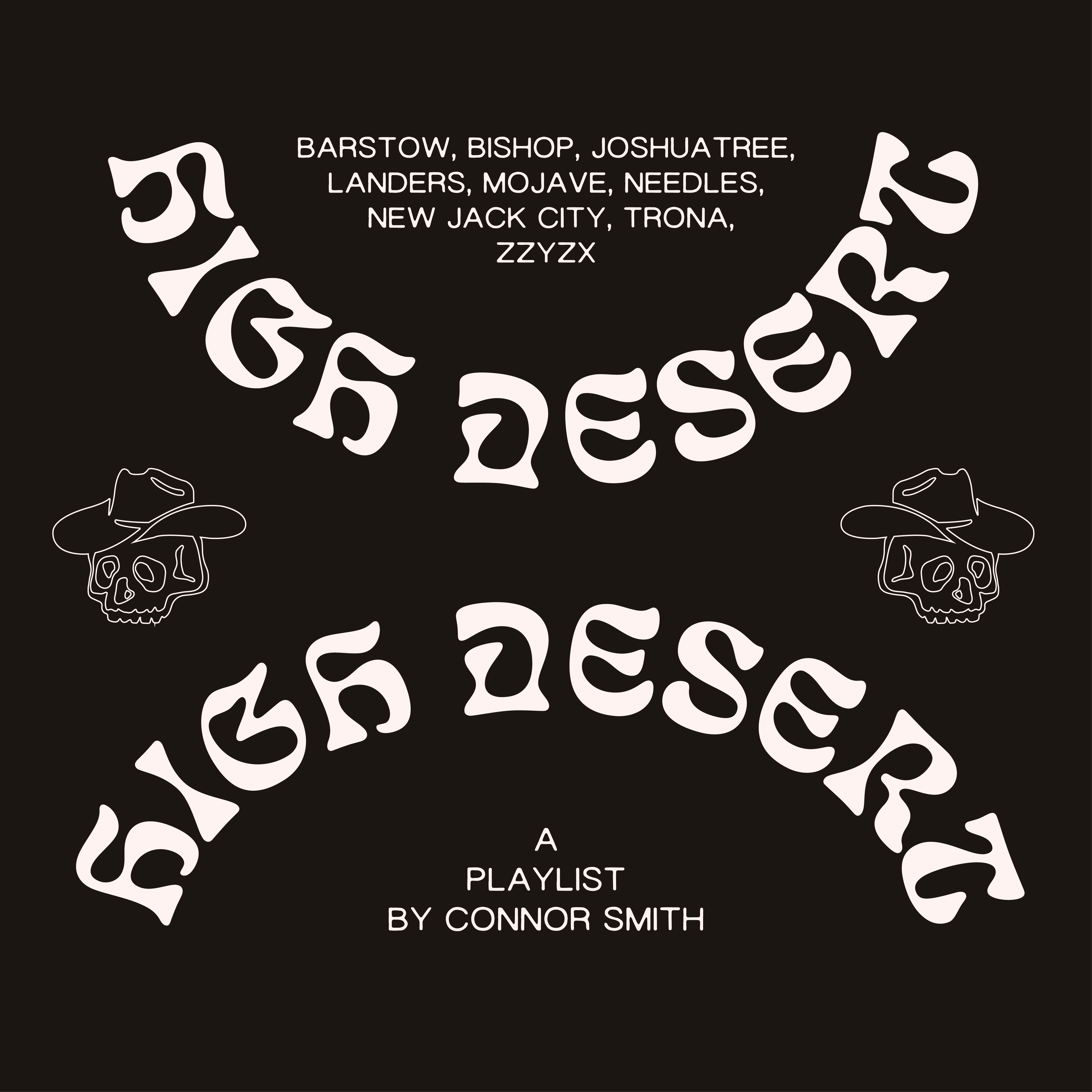 This playlist began as my first foray into exploring and gaining an appreciation of country music after spending my adolescence reciting the classic phrase, "I listen to everything, except for country." Starting with legends such as Johnny Cash, Bob Dylan, Neil Young, John Prine, and Townes Van Zandt, I eventually began discovering contemporary artists producing the next generation of sweet sorrowful blues. This monster of a playlist (currently coming in at 26 hours of music)  also incorporates plenty of Soul, Blues, Folk, Classic Rock, and Indie which complement the classic country aesthetic. The most tried and tested playlist featured on this page; whether its paddling down the Colorado or exploring the Grand Canyon, Great American Southwest never fails to deliver.

The design heavily borrows from vintage country album covers. The illustration was the result of experimenting with a heavy-handed approach with filters on a rough collage of photographs to create the illusion of being a one unified image. 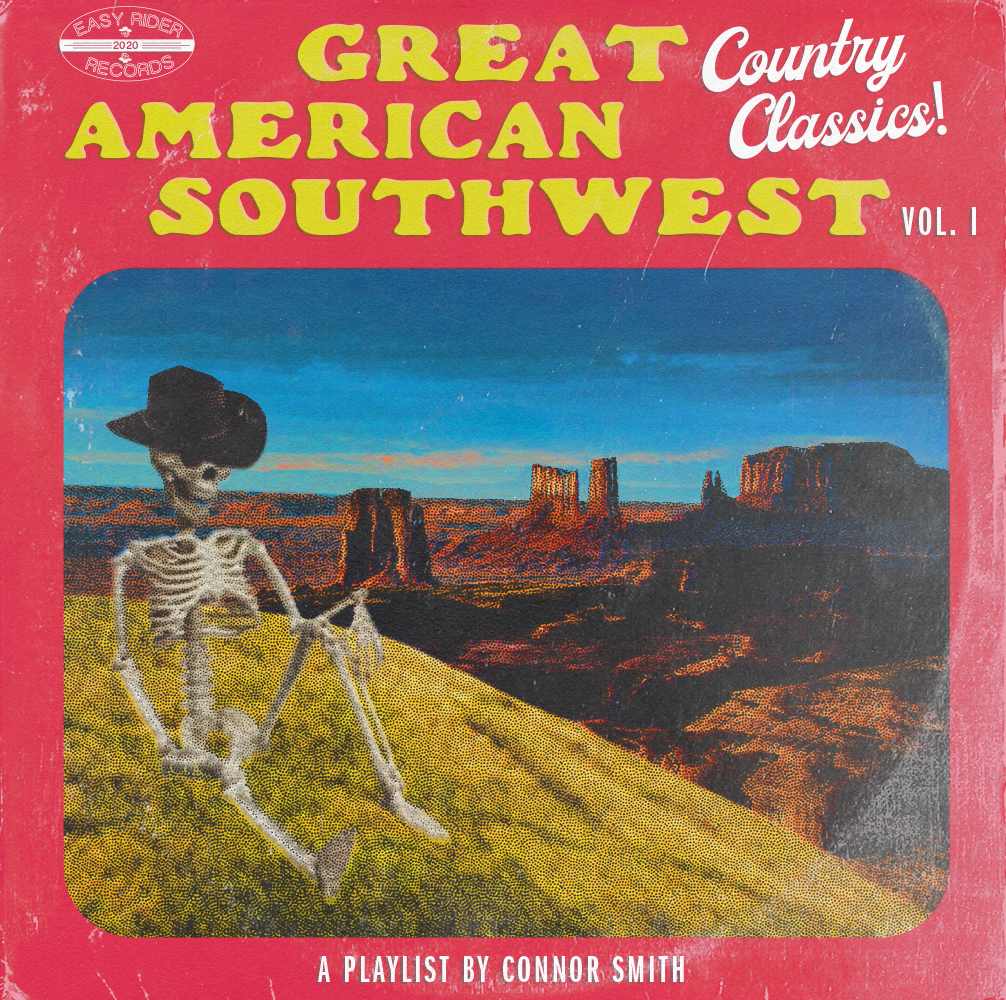